On 29th June 2013 I paid a visit to the Hess Gamma ray telescope in Namibia while on holiday in the area.

I found this to be a fascinating and informative experience; the staff were most accommodating and helpful. 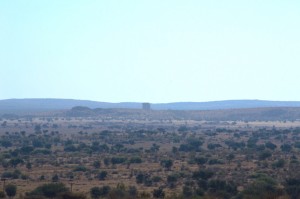 Quote from opening paragraph of the HESS web page:-

“H.E.S.S. is a system of Imaging Atmospheric Cherenkov Telescopes that investigates cosmic gamma rays in the energy range from 10s of GeV to 10s of TeV. The name H.E.S.S. stands for High Energy Stereoscopic System, and is also intended to pay homage to Victor Hess , who received the Nobel Prize in Physics in 1936 for his discovery of cosmic radiation.”

Cherenkov telescopes image gamma ray sources indirectly as described in the diagram below:-

A hadronic cosmic ray or high energy γ-ray incident on the Earth’s atmosphere triggers a particle cascade, or air shower. Relativistic charged particles in the cascade produce Cherenkov radiation, which is emitted along the shower direction, resulting in a light pool on the ground with a radius of ∼ 130 m. Cherenkov light is produced throughout the cascade development, with the maximum emission occurring when the number of particles in the cascade is largest, at an altitude of ∼ 10 km for primary energies of 100 GeV–1 TeV. Following absorption and scattering in the atmosphere, the Cherenkov light at ground level peaks at a wavelength, λ ≈ 300–350 nm. The photon density is typically ∼ 100 photons/m2 at 1 TeV, arriving in a brief flash of a few nanoseconds duration. This Cherenkov pulse can be detected from any point within the light pool radius by using large reflecting surfaces to focus the Cherenkov light on to fast photon detectors 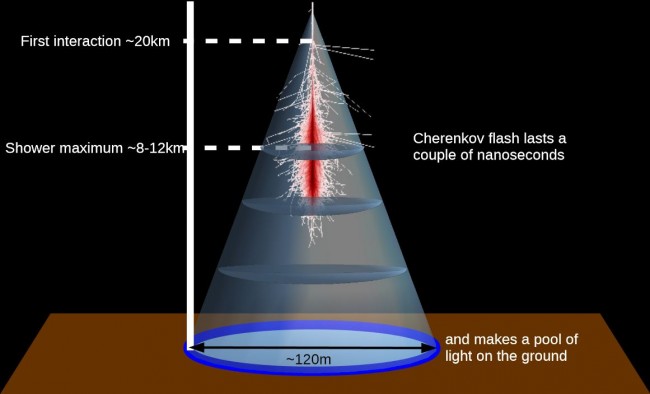 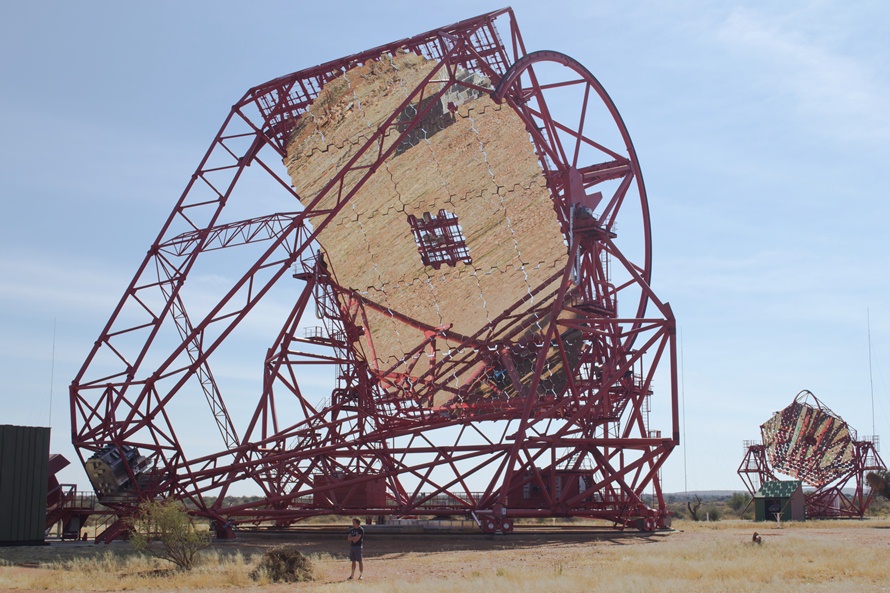